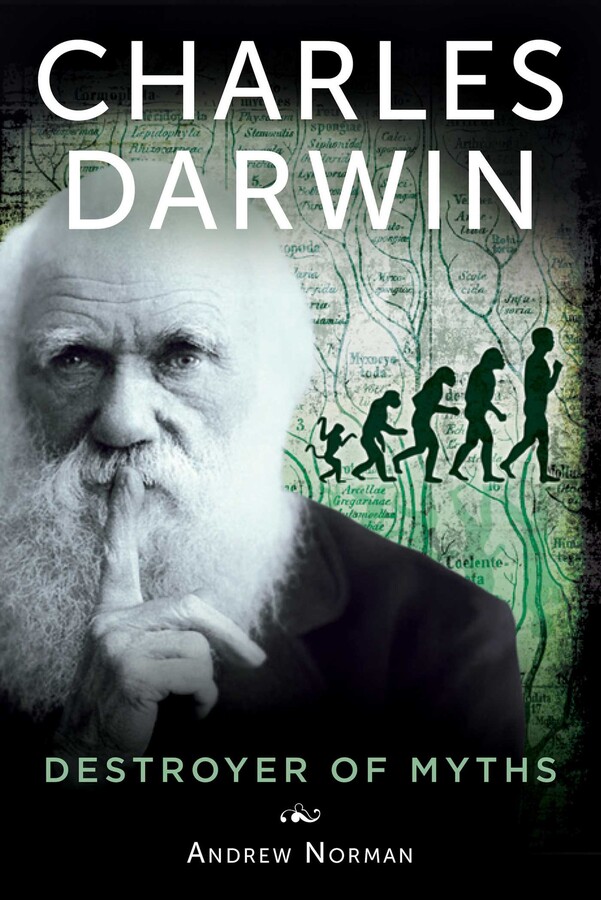 By Andrew Norman
LIST PRICE $15.99
PRICE MAY VARY BY RETAILER

Charles Darwin did not deliberately set out to be the destroyer of mythical beliefs,” some of which, in his early days as a young Christian, he had previously espoused. He was a modest man who liked to avoid controversy of any kind, yet paradoxically, he was to be the cause of the greatest controversy in the history of science and religion.

When Darwin embarked on the HMS Beagle in late December 1831, bound for the southern hemisphere, he could not have imagined that the experience would lead him to formulate a theory which would totally revolutionize the way in which we viewed the natural world. He did not come to his conclusions about the origin and evolution of all life on Earth quickly, though, for just as the living organisms to which his theory applied had evolved over millions of years, so his thinking evolved as his own life progressed.

How did this thoughtful, methodical scientist come to have such an impact on his timeand on ours? These questions and more are what Andrew Norman seeks to answer in this biography of the author of The Origin of Species.

By Andrew Norman
LIST PRICE $15.99
PRICE MAY VARY BY RETAILER