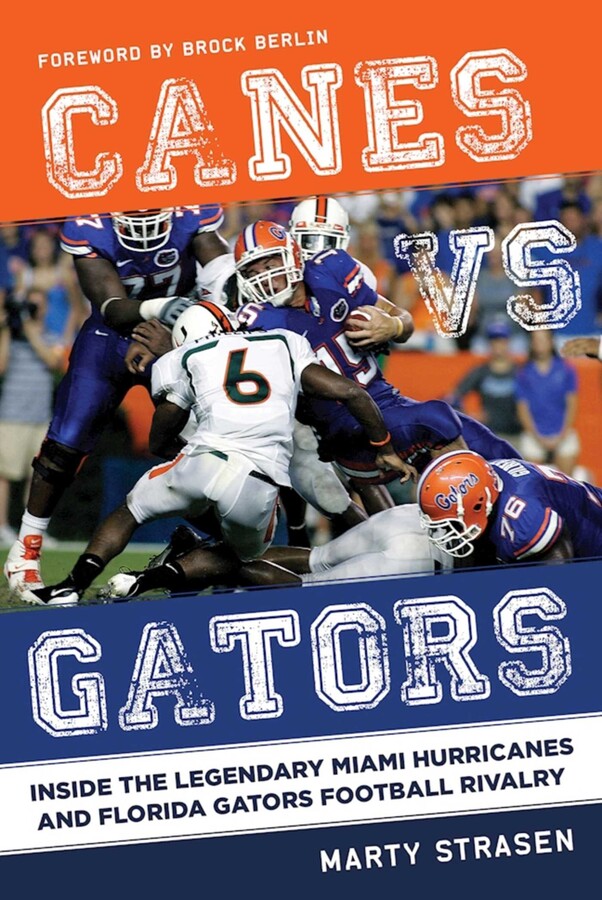 Inside the Legendary Miami Hurricanes and Florida Gators Football Rivalry

All parties seem to be in agreement that the rivalry between the University of Miami and the University of Florida is as nasty and historical as they come; going back to the thirties, it’s the state of Florida’s oldest major rivalry. Gators beat writer Pat Dooley described the vitriolic rivalry to the author simply as vile.”

History would prove that to be true. In Canes vs. Gators, coaches Urban Meyer, Howard Schnellenberger, Steve Spurrier, Larry Coker, and Ron Zook and several former notable players on both sides of the rivalry, along with key media members for both schools, offer their unique commentary on the intensity of the rivalry. For example, Schnellenberger recalled with anger that after his staff and team were pelted with frozen oranges in 1980, he kicked an extra meaningless field goal in a blowout victory . . . and he wished he’d called on his punter to take the ball and launch it into the Florida student section!

Author Marty Strasen, who covered both schools for over a decade, brings to life the greatest moments of this historic rivalry. This book is the perfect gift for Florida college football fans!

Inside the Legendary Miami Hurricanes and Florida Gators Football Rivalry