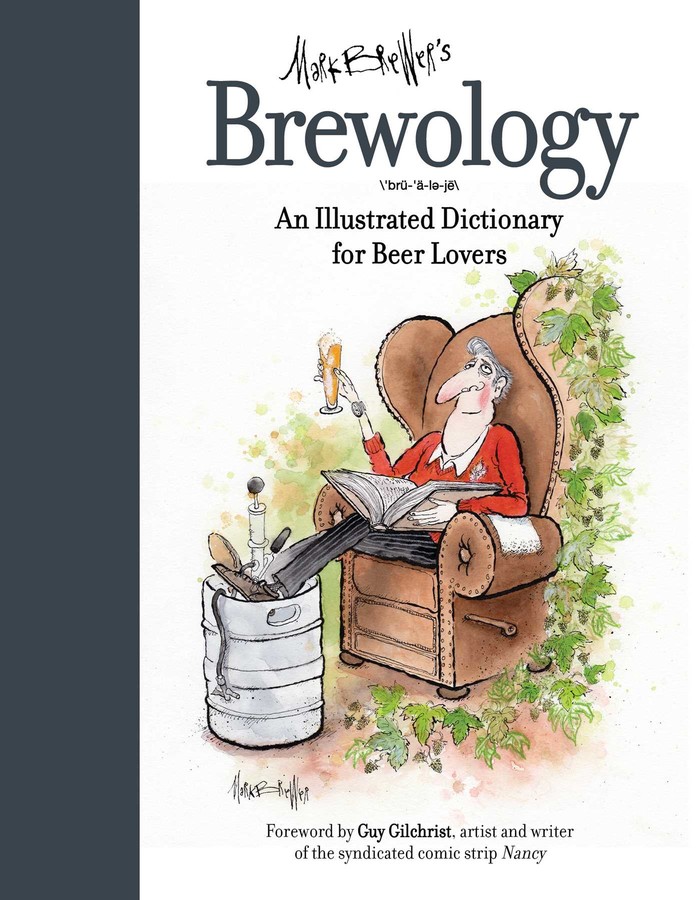 As Mark Brewer explains in his introduction, "Beer is one of the oldest beverages known to man . . . and woman! In fact women were the first brewers since one of their primary responsibilities involved cooking. Years ago beer was considered a food as well as a drink. Beer provided many of the calories needed for one's daily diet. Dating back all the way to the fifth millennium BC, beer was recorded by the ancient Egyptian scribes, who also created an extra hieroglyph specifically for brewer.” Historians tell us that beer was used as a method to compensate laborers who were building the pyramids. Perhaps more importantly, if an Egyptian man offered a woman a sip of his brew, they were betrothed."

Starting with an introduction to the history of beer, this AZ dictionary takes a humorous looks at the various types of beer and common verbiage associated with it while educating the reader in the process. Covering everything from Abbey to Aging, Hops to Head Retention, and Skunky to Stout, Mark Brewer's Brewology is perfect for beer lovers everywhere.

Skyhorse Publishing, along with our Good Books and Arcade imprints, is proud to publish a broad range of cookbooks, including books on juicing, grilling, baking, frying, home brewing and winemaking, slow cookers, and cast iron cooking. We’ve been successful with books on gluten-free cooking, vegetarian and vegan cooking, paleo, raw foods, and more. Our list includes French cooking, Swedish cooking, Austrian and German cooking, Cajun cooking, as well as books on jerky, canning and preserving, peanut butter, meatballs, oil and vinegar, bone broth, and more. While not every title we publish becomes a New York Times bestseller or a national bestseller, we are committed to books on subjects that are sometimes overlooked and to authors whose work might not otherwise find a home.