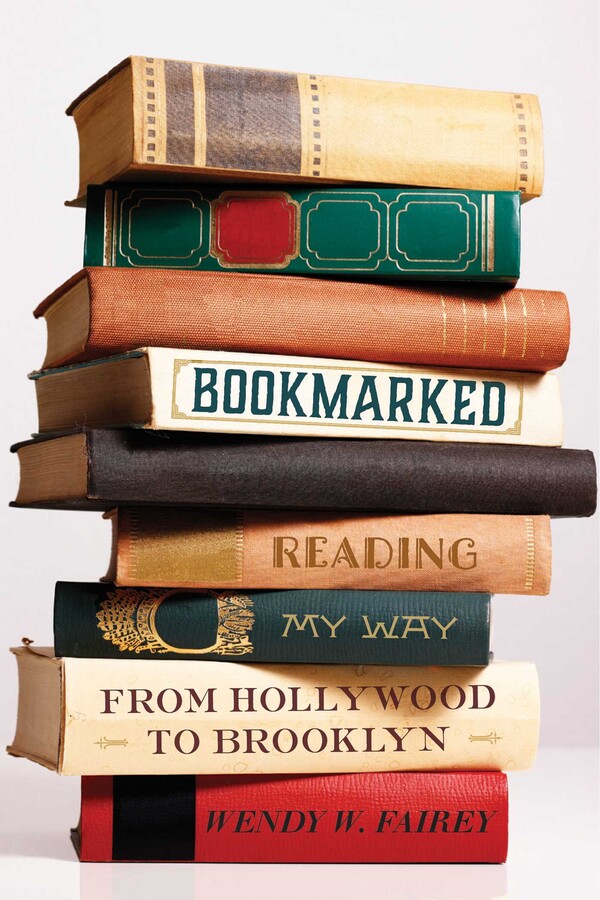 Wendy Fairey grew up among books. As the shy and studious daughter of famed Hollywood columnist Sheilah GrahamF. Scott Fitzgerald’s lover during the last years of his lifeshe began as a child reading her way through the library Fitzgerald had assembled for her mother and escaped into the landscape of classic English novels. Their protagonists became her intimates, starting with David Copperfield, whose sensibility and aspirations seemed so akin to her own. She felt as plain as Jane Eyre but craved the panache of Becky Sharp. English novels squired her to adulthood, and Bookmarked is a memoir of that journey.

In a series of brilliant chapters that blend the genres of personal memoir and literary criticism, we follow Fairey, refracted through her reading, as student, wife, professor, mother, grandmother, and happily remarried writer. E. M. Forster’s Howards End helps her cope with a failing marriage; Virginia Woolf’s Mrs. Ramsay teaches important lessons about love and memory. Like Eliot’s Daniel Deronda, she learns only as an adult of her Jewish heritage (and learns also the identity of her real father, the British philosopher A. J. Ayer). In this intimate and inspiring book, Wendy Fairey shows that her love of reading has been both a source of deep personal pleasure and key to living a fulfilling and richly self-examined life.