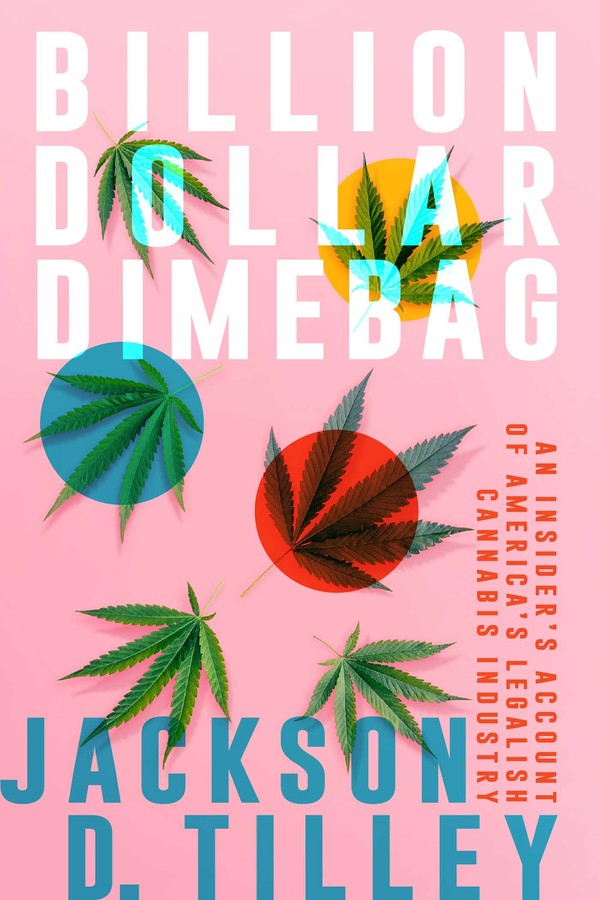 Experience the Green Rush through the eyes of Jackson D. Tilley—the sober twenty-something who climbed the ladder at a small vape company while it grew into the nation’s leading cannabis distributor.

“At once funny, enlightening, and timely, Tilley’s is a deftly-executed debut.” — Bethany McLean, New York Times bestselling co-author of The Smartest Guys in the Room

“Smart, funny, and fast-paced, this debut from Jackson Tilley is both a deeply felt memoir and a crash-course in the Green Rush.” —Jonathan Small, Editor-in-Chief, Green Entrepreneur

The cannabis industry exploded in Colorado in January of 2014. A few months later, Jackson Tilley stumbled his way through his college graduation and into an internship at O.penVAPE, a Denver-based vaporizer company. Neither the company nor Jackson himself could have predicted what was to come over the next few years.

Billion-Dollar Dimebag is Tilley’s firsthand account of the twenty-first century wild west—the new frontier of American industry. He traces the path of the booming company along with the cannabis sector itself, pulling back the curtain on a drug once demonized, but now welcomed as a bastion of progress. Along the way, he’ll get sober, move to a hurricane zone, quit, un-quit, invent new ways to market an ancient product, and get a dog named Bobby Kennedy (not necessarily in that order).

He also answers the questions many have been too afraid to ask:

Come along for a joyride through the exploding business of cannabis and bear witness to a nation going up in smoke.

“A deeply personal and thoughtful journey through the madness and joy of legal cannabis. Mixing his years of business experience at the cutting edge of cannabis with a battle to overcome addiction, Tilley allows the readers to personally experience the cannabis revolution. Tilley’s prose explores both the history of prohibition and his front row experience inside the burgeoning legal cannabis industry. For historians wondering how pot went mainstream, Billion Dollar Dimebag is a valuable contribution.” —Jonathan Franklin, Author 438 Days: An Extraordinary True Story of Survival at Sea

“When Tilley turns the magnifying glass on himself and his chosen profession of American marijuana, he reveals the unique, coming-of-age idiosyncrasies of a brand-new industry as it transcends the Reefer Madness-reputation it never deserved and transitions into a major player in mainstream agriculture, traditional science and modern retailing. Billion Dollar Dimebag is a compelling look inward at one of the modern world's most complex and dynamic corporate collisions: cannabis and technology.” —Ricardo Baca, Founder of Grasslands: A Journalism-Minded Agency and The Cannabist

"At once funny, enlightening, and timely, Tilley's is a deftly-executed debut."

"For readers seeking to gain insight into what it's like to ascend the ranks of a fascinating yet still polarizing industry while living life as a sober, gay, young professional, Billion Dollar Dimebag should be on their night table pronto."