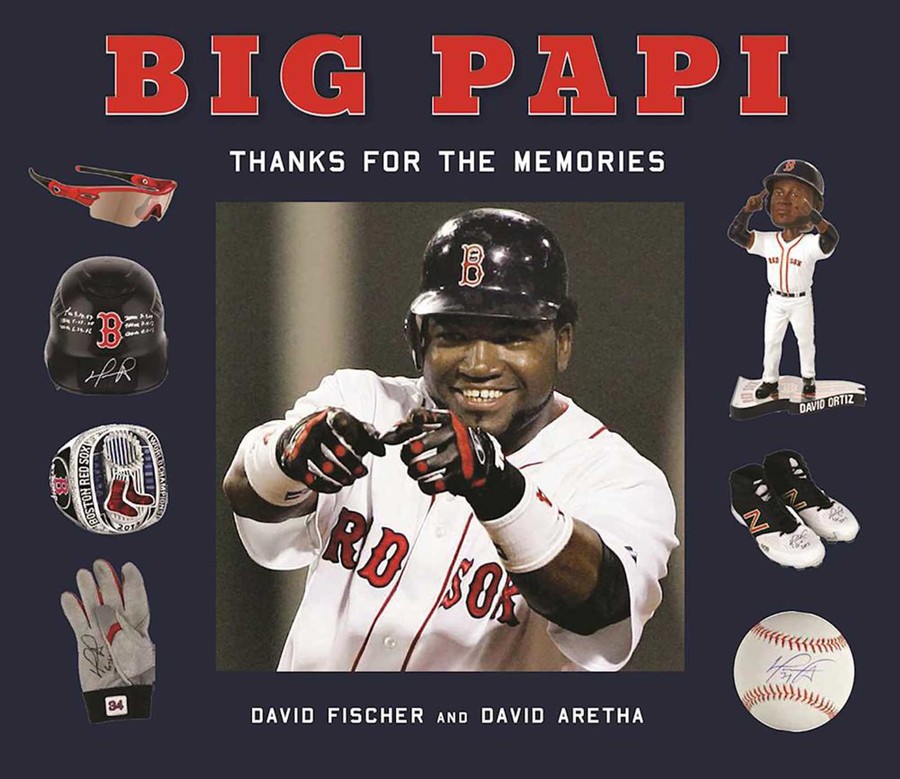 David Ortiz, Thanks for the Memories

By David Fischer and David Aretha
LIST PRICE $24.99
PRICE MAY VARY BY RETAILER

David Ortiz first won over the Fenway faithful in 2003 with his monstrous home runs, beaming smile, big hugs, and kind heart. The following fall, he proved heroic, belting walk-off hits in Games 4 and 5 of the ALCS in an epic series comeback over Jeter’s Yankees. His legendary feats helped the Red Sox end the 86-year-old Curse of the Bambino” and deliver a World Series title to Boston. In the largest gathering in American historyof any kind3 million fans cheered Ortiz & Co. in the World Series victory parade. Big Papi” has walloped over 500 home runs and led Boston to two more world titles. In 2013, following the Boston Marathon bombings, he epitomized Boston Strong” by crushing a series-turning grand slam in the ALCS and blasting .688 in the World Series, earning MVP honors.

Authors David Fischer and David Aretha celebrate this David’s career in a fully illustrated, scrapbook-style album with prose as passionate as Big Papi himself. Included too are dozens of personal anecdotes and recollections about Ortiz from prominent members of the Red Sox organization and the Boston community. Supreme photography and treasures from the Baseball Hall of Famerarely seen photographs and artifactsenhance the nostalgic experience. This unique collection captures the magic of David Ortiz, one of the greatest heroes the game has ever known.

David Ortiz, Thanks for the Memories

By David Fischer and David Aretha
LIST PRICE $24.99
PRICE MAY VARY BY RETAILER