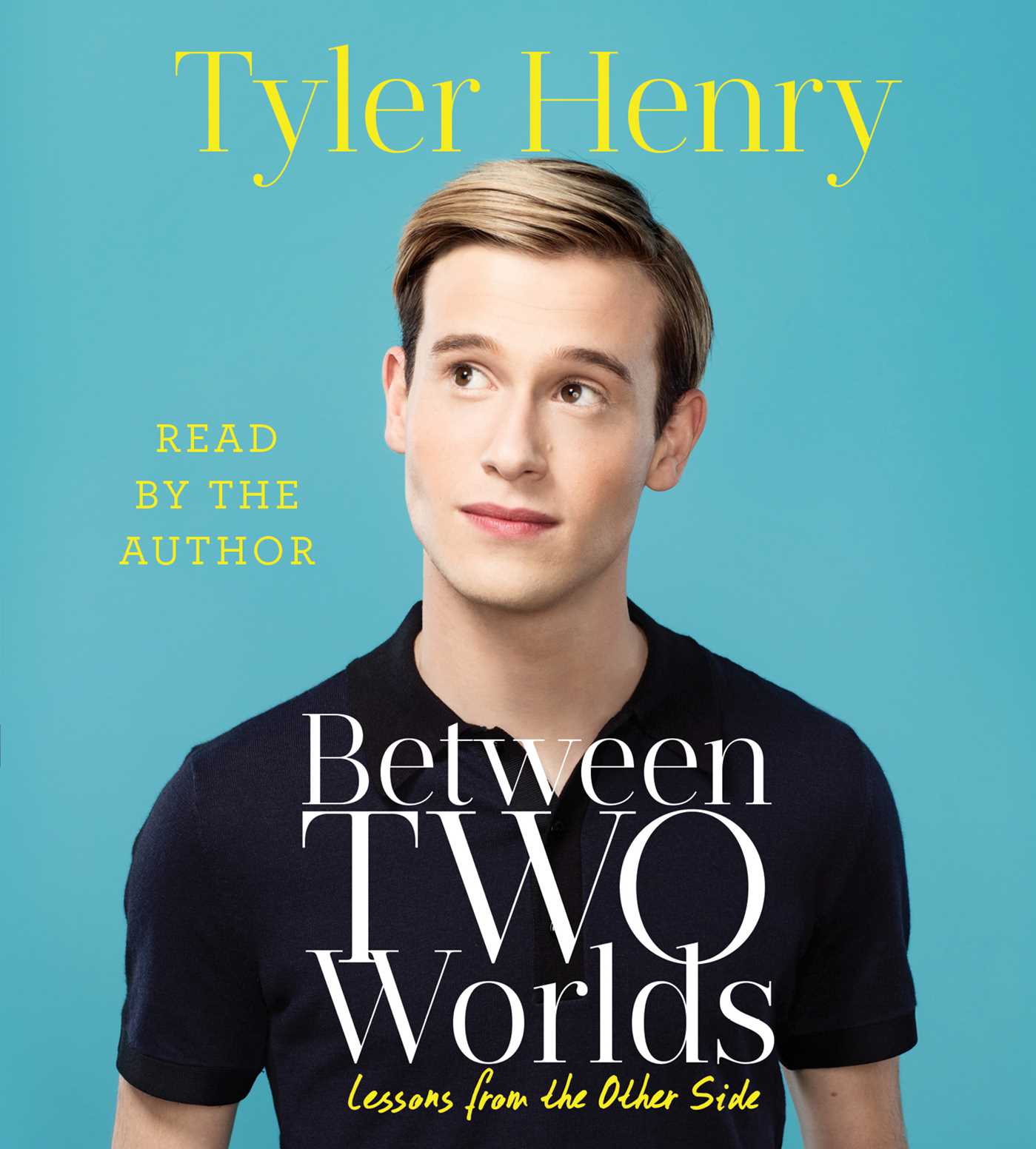 From Tyler Henry, clairvoyant and star of E!’s hit reality series Hollywood Medium with Tyler Henry, comes Between Two Worlds, a captivating memoir about his journey as a medium thus far.

Tyler Henry discovered his gift for communicating with the departed when he was just ten years old. After experiencing a sudden, accurate premonition of his grandmother’s death—what Tyler would later describe as his first experience of “knowingness”—life would never be the same. Now in his twenties, Tyler is a renowned, practicing medium, star of the smash hit E! reality show, Hollywood Medium with Tyler Henry, and go-to clairvoyant of celebrities, VIP’s, and those simply looking for closure and healing. He has worked with some of Hollywood’s biggest names including Khloe Kardashian, Amber Rose, Margaret Cho, Jaime Pressly, and Monica Potter.

Despite struggling to accept his rare talent, Tyler grew to embrace it, and finally found the courage to share it with—and ultimately change—the world. For the first time, Tyler pulls back the curtain on living life as a medium in his first memoir, in which he fearlessly opens up about discovering his gift as an adolescent, what it’s truly like to communicate with those who have passed, the power of symbolism in his readings, and the lessons we can learn from our departed loved ones. With unparalleled honesty, Tyler discusses how his complex and fascinating gift has changed his perception of the afterlife, and more importantly, how readings can impact our relationships with our closest friends and family once they’re gone.

Tyler Henry is a practicing medium, and the star of E!’s newest breakout reality show, Hollywood Medium with Tyler Henry. A native of central California, he now resides in Los Angeles.

Tyler Henry is a practicing medium, and the star of E!’s newest breakout reality show, Hollywood Medium with Tyler Henry. A native of central California, he now resides in Los Angeles.