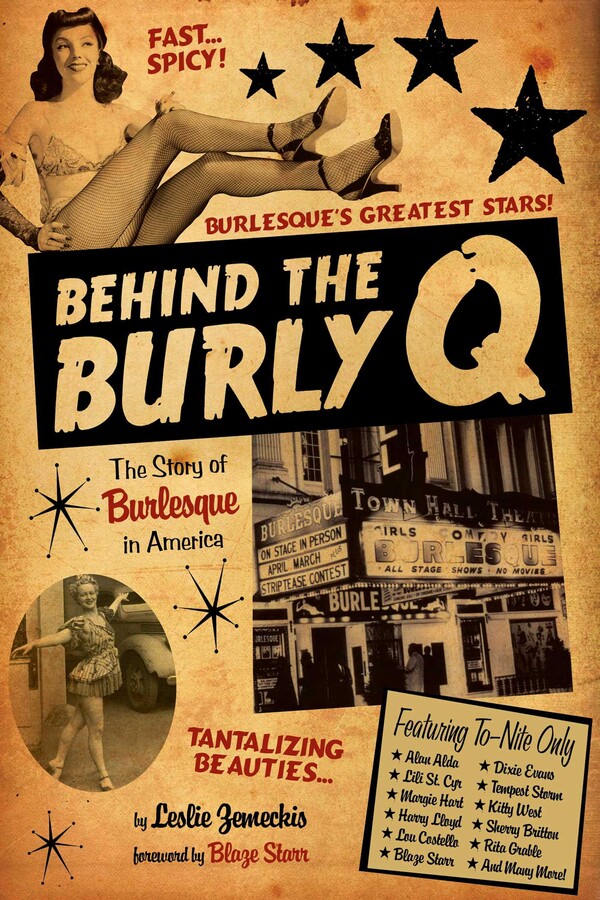 By the director of the hit documentary Behind the Burly Q comes the first ever oral history of American Burlesque--as told by the performers who lived it, often speaking out here for the first time. By telling the intimate and surprising stories from its golden age through the women (and men!) who lived it, Behind the Burly Q reveals the true story of burlesque, even as it experiences a new renaissance.

Burlesque was one of America's most popular forms of live entertainment in the first half of the 20th century. Gaudy, bawdy, and spectacular, the shows entertained thousands of paying customers every night of the week. And yet the legacy of burlesque is often vilified and misunderstood, left out of the history books.

By telling the intimate and surprising stories from its golden age through the women (and men!) who lived it, Behind the Burly Q reveals the true story of burlesque, even as it experiences a new renaissance. Lovingly interviewed by burlesque enthusiast Leslie Zemeckis who produced the hit documentary of the same name, are former musicians, strippers, novelty acts, club owners, authors, and historians--assembled here for the first time ever to tell you just what really happened in a burlesque show. From Jack Ruby and Robert Kennedy to Abbott and Costello--burlesque touched every corner of American life. The sexy shows often poked fun at the upper classes, at sex, and at what people were willing to do in the pursuit of sex. Sadly, many of the performers have since passed away, making this their last, and often only interview. Behind the Burly Q is the definitive history of burlesque during its heyday and an invaluable oral history of an American art form. Funny, shocking, unbelievable, and heartbreaking, their stories will touch your hearts. We invite you to peek behind the curtain at the burly show.