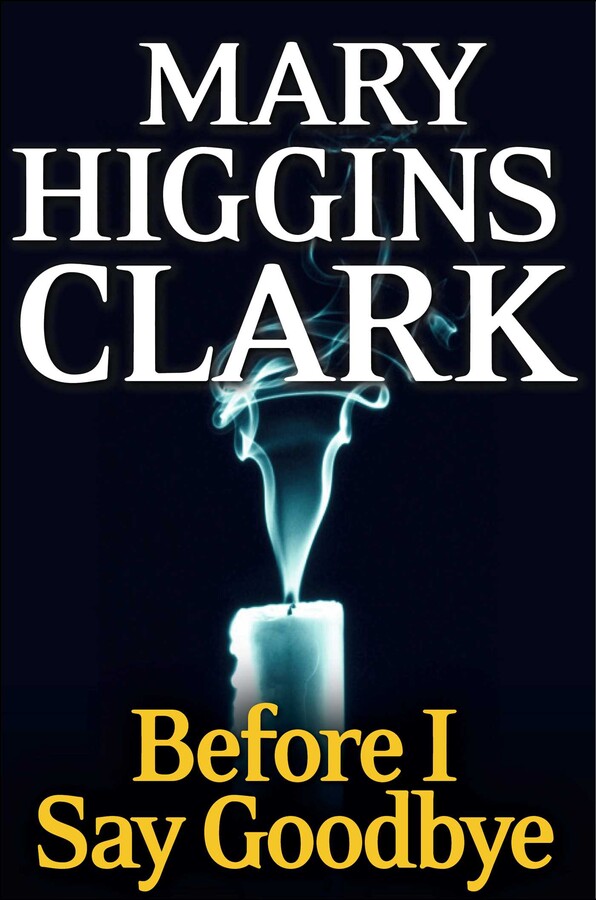 Before I Say Good-Bye

Mary Higgins Clark, America's "Queen of Suspense," delves into the mystery of psychic powers and communication with the dead in her gripping new thriller, Before I Say Good-Bye.
When Adam Cauliff's new cabin cruiser, Cornelia II, blows up in New York harbor with him and several close business associates aboard, his wife, Nell MacDermott, is not only distraught at the loss but wracked with guilt because she and Adam had just had a serious quarrel and she had told him not to come home.
The quarrel was precipitated by Nell's decision to try to win the congressional seat long held by her grandfather Cornelius MacDermott. Orphaned at age ten, she had been raised by "Mac," as she called him, and was always at his side on Capitol Hill. Politics was in her blood, and Adam had known her ambitions when they married. Suddenly, however, he became opposed to her plan to run for Congress.
Nell, like her great-aunt Gert, possesses psychic gifts, which her grandfather scoffingly dismisses as "flights of fantasy." As a child she had been aware of the deaths of both her parents and grandmother at the exact moment they died. She knew because at that very moment she sensed their presence near her.
Even though Nell has the rare gift of extrasensory perception, she is much too levelheaded to accept most of the claims made by many so-called psychics and is skeptical about Aunt Gert's fascination with mediums. After Adam's death, however, Gert begs Nell to see a medium, Bonnie Wilson, who has contacted her, claiming she is in touch with Adam. Still regretting her last angry words to Adam, Nell agrees, hoping that she will be able to reach him through the medium and part from him in peace.
As the investigation into the boat's explosion proceeds, Nell is shocked by the official confirmation that it was not an accident but the result of foul play. Adam, an architect, had been involved in a major construction project on land he had recently purchased and which had since had a spectacular rise in value.
Was Adam the target of the explosion? Or was it Winifred Johnson, his self-effacing, fifty-two-year-old assistant, who knew too much about bribery in the construction business and who was openly in love with him? Or was it Sam Krause, a builder with a questionable reputation who was involved in the new project? Or Jimmy Ryan, the debt-ridden construction foreman whose wife, after his death, discovers money hidden in their home? Or was it Peter Lang, the wealthy man-about-town real-estate entrepreneur, whose minor traffic accident caused him to miss the fatal meeting on the boat?
As Nell searches for the truth about Adam's death, she carries out instructions from Adam transmitted through the medium. What she does not know is that she is being closely watched, and the nearer she comes to learning what actually happened on the boat that night, the nearer she is to becoming the next victim of a ruthless killer.

Publishers Weekly Romantic suspense has no more reliable champion than Mary Higgins Clark. Her characters are...breezy and fun, and so is this confection of a book.

Los Angeles Times For someone who loves plot, Mary Higgins Clark's Before I Say Good-bye should be like manna from heaven....America's "Queen of Suspense" clearly knows what her readers want. Here she provides it, in spades.

The Hartford Courant(CT) The storytelling skills of the newest grand master of mystery writing have never been better.

The Christian Science Monitor Clark holds the reins the whole way through this tale of mischief and secrets, allowing us to unwind her labyrinth of hidden clues only as she wants them to unfold.

The Knoxville News-Sentinel(TN) Hard to put down....It's what a vacation book should be.

Tulsa World(OK) Yet another pearl Clark can add to her worldwide bestsellers.

Midwest Book Review Fun and exciting....Clark provides her myriad of fans with another enthralling tale filled with action and adventure.

The Anniston Star (AL) Fascinating enough that I read it through in one sitting....Well worth reading for all your mystery fans.

Before I Say Good-Bye