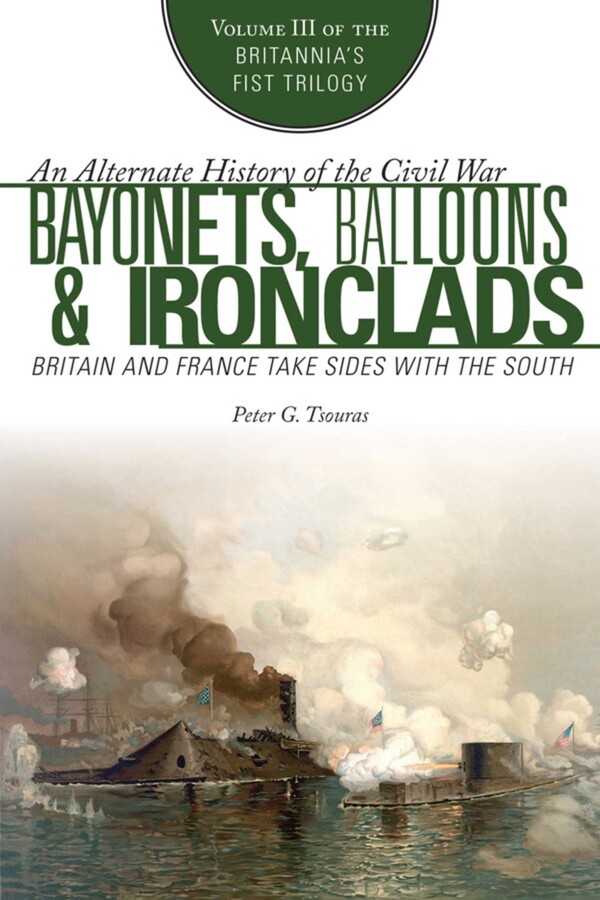 This fascinating third volume in the Britannia's Fist series will have you pondering how easily history could have been swayed differently.

What if other countries had become involved in America’s Civil War? Historian Peter G. Tsouras presents the third installment in his Britannia’s Fist alternate history series. The winter of 1863 lowered a white curtain on the desperate struggle for North America. The United States and Great Britain fought each other to a bitter draw. On both sides of the Atlantic, the forges of battle glowed as they poured out new technologies of war. British and French aid transformed the ragged Confederate armies and filled them with new confidence. Both sides strained to be ready for the coming campaign season. Both sides seek to anticipate each other.

The British strike suddenly at Hooker’s strung-out army in winter quarters in upstate New York in a brutal, swirling, late battle across frozen fields and streams. Besieged Portland shudders relentless assault. The French attack Fort Hudson on the Mississippi. At Lincoln’s direction, two great raids are launched at the United Kingdom itself as Russia enters the war on the side of the Union to raid the Irish Sea. These are only preliminaries to the great gathering of modernized armies and ironclad fleets, and with them are deadly submersibles and balloons.

Battles rage from Maine to northern Virginia and the Chesapeake Bay, down to steamy Louisiana. And far away across the sea, Dublin stands siege as Russia simultaneously eyes Constantinople. For Americans (blue and gray), Britons, Irish, Frenchmen, and Russians, the summer of 1864 is the crescendo battle of destinies and dreams.