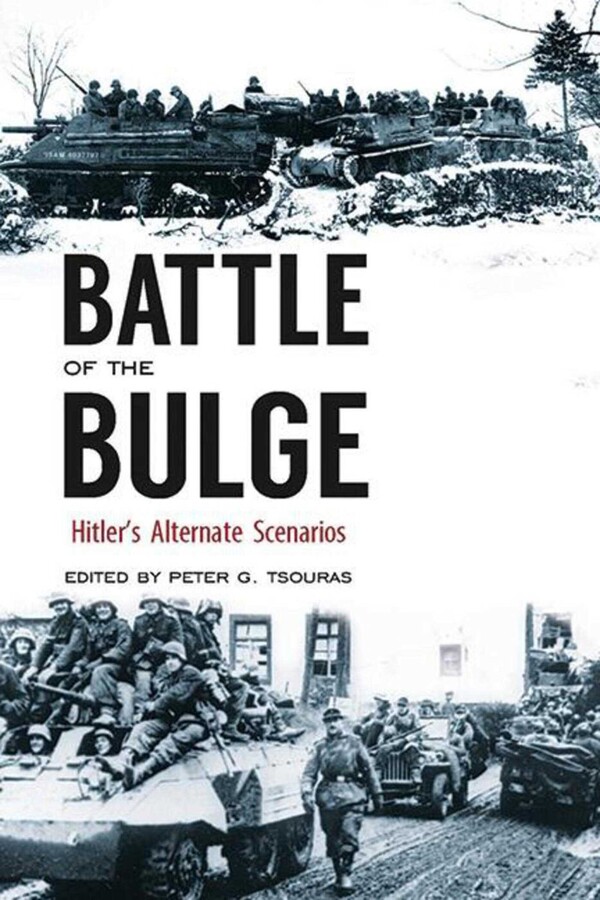 Battle of the Bulge

Leading specialists in the field look at alternate outcomes of the Battle of the Bulge.

On December 16, 1944, Hitler launched a massive surprise attack on the Allies: the Battle of the Bulge had begun. Planned by the Germans with the utmost secrecy, the battle was one of the largest and bloodiest fought by the United States in World War II. Near complete surprise crippled the Allied line early on, but fierce resistance and massive air attacks ultimately gave Allied forces the edge, sealed the failure of the offensive, and left German forces severely depleted.

Had Hitler’s gambit succeeded, a German victory in the war would have certainly been possible, if not likely. Battle of the Bulge: Hitler’s Alternate Scenarios explores this idea through pieces by several leading experts in the field that reveal exactly how history could have been dramatically altered.

What if the Germans successfully prevented Patton from riding to the rescue at Bastogne? Or if the Allies had suffered a major setback at the Battle of the Bulge, allowing the Red Army to overrun Berlin and drive on to the Rhine? What if Hitler had progressed with the operations plan they had prior to the Bulge? These are some of the intriguing scenarios played out by the leading authors featured in Battle of the Bulge, edited by renowned alternate historian Peter G. Tsouras.

Battle of the Bulge