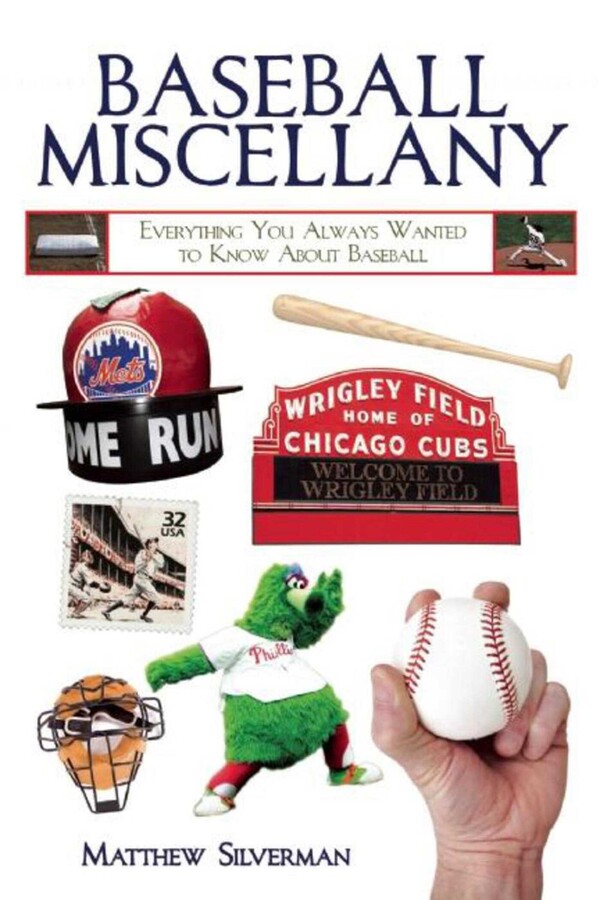 Everything You Always Wanted to Know About Baseball

Part of Books of Miscellany
By Matthew Silverman
LIST PRICE $12.99
PRICE MAY VARY BY RETAILER

Why does a curveball curve? What is a can of corn”? Why was Joe DiMaggio called the Yankee Clipper”? Who wrote Take Me Out to the Ball Game”? How many times did Ty Cobb steal home?

In this reissue of Baseball Miscellany, the fascinating history and lore of our national pastime is finally revealed! For example, the reason a curveball curves is that its spin drags a layer of air across one surface of the ball faster than it does across the opposite surface. A can of corn” is slang for an easy-to-catch fly ball, the term originating from a general store clerk reaching up and dropping a can from a high shelf. Sportswriters dubbed Joe DiMaggio the Yankee Clipper” because he glided about the outfield with beauty and grace, like a clipper ship on the ocean. The lyrics to Take Me Out to the Ball Game” were written in 1908 by vaudeville star Jack Norworth, who, while riding the subway, was inspired by a sign that said Baseball TodayPolo Grounds.” And the great Ty Cobb stole home a whopping fifty-four timesfifty more than the career leader in total stolen bases, Rickey Henderson.

Packed with all manner of delightful surprises, beautiful illustrations and photographs, and delicious nuggets of information, Baseball Miscellany demystifies the origins and customs of America’s most celebrated game. From spring training through the World Series, you’ll be entertained with fun, little-known facts. Why do baseball players wear stirrup socks? Who invented the catcher’s mask? What major-league team passed up on signing eighteen-year-old Willie Mays in 1949?

Everything You Always Wanted to Know About Baseball

Part of Books of Miscellany
By Matthew Silverman
LIST PRICE $12.99
PRICE MAY VARY BY RETAILER

More books in this series: Books of Miscellany