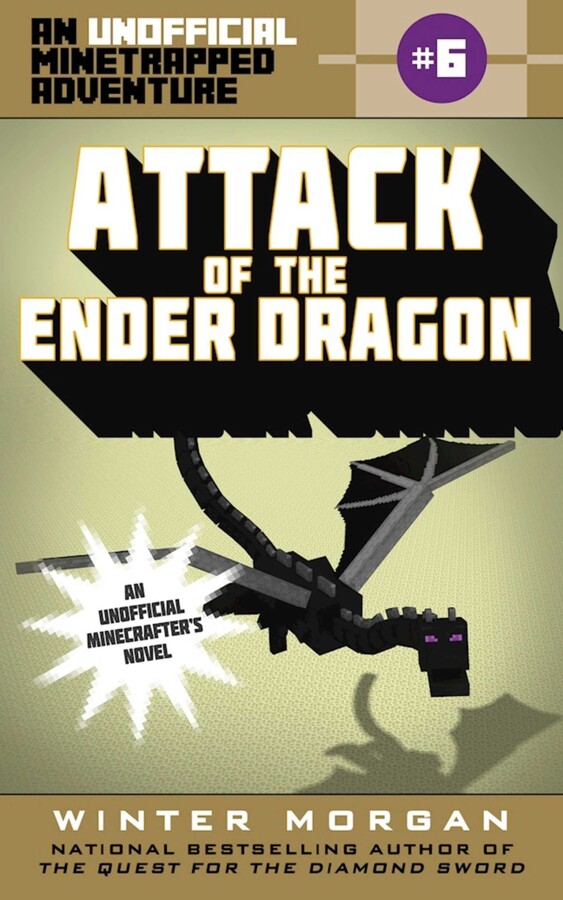 Attack of the Ender Dragon

All Lily, Simon, and Michael have wanted since they were sucked into their Minecraft games is to return to the real world. They’ve battled armies of griefers and terrifying monsters, made new allies, and had their friendship tested time and again. But they’ve never forgotten their number one goal: getting back home.

In this thrilling final installment in the Unofficial Minetrapped Adventure series, a powerful lightning storm strikes the Overworld, instantly transporting Lily back to the real world! But it’s not the homecoming she had planned, especially without her friends by her side, and she’s desperate to get Michael and Simon back home and out of the game forever.

Meanwhile, Michael and Simon are in the biggest battle of their Minecraft lives, against Ender Dragons summoned by an unknown griefer. In a series conclusion you won’t want to miss, it’s the gang’s last chance to escape the Overworldor risk being trapped for good.

Attack of the Ender Dragon

More books in this series: The Unofficial Minetrapped Adventure Ser