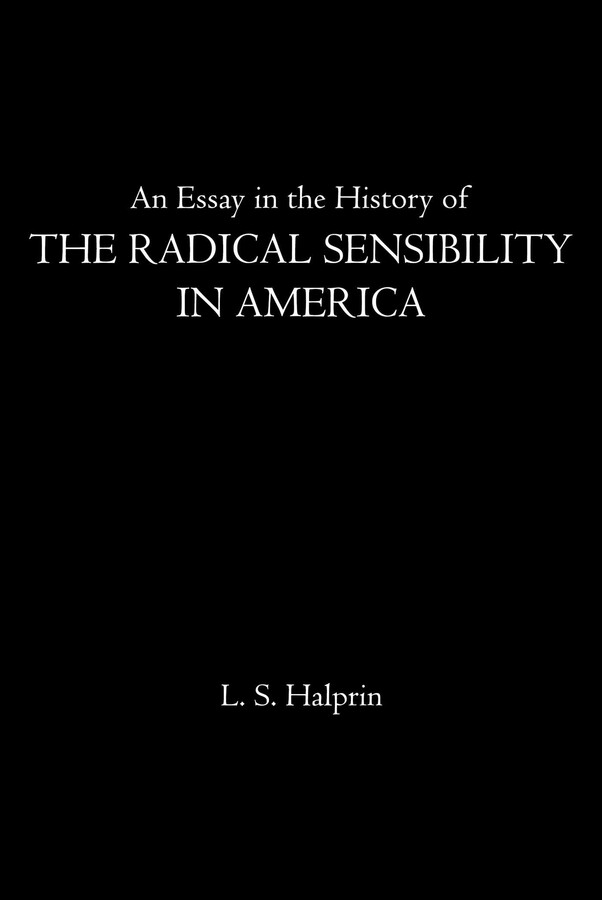 An Essay in the History of the Radical Sensibility in America

An Essay in the History of the Radical Sensibility in America