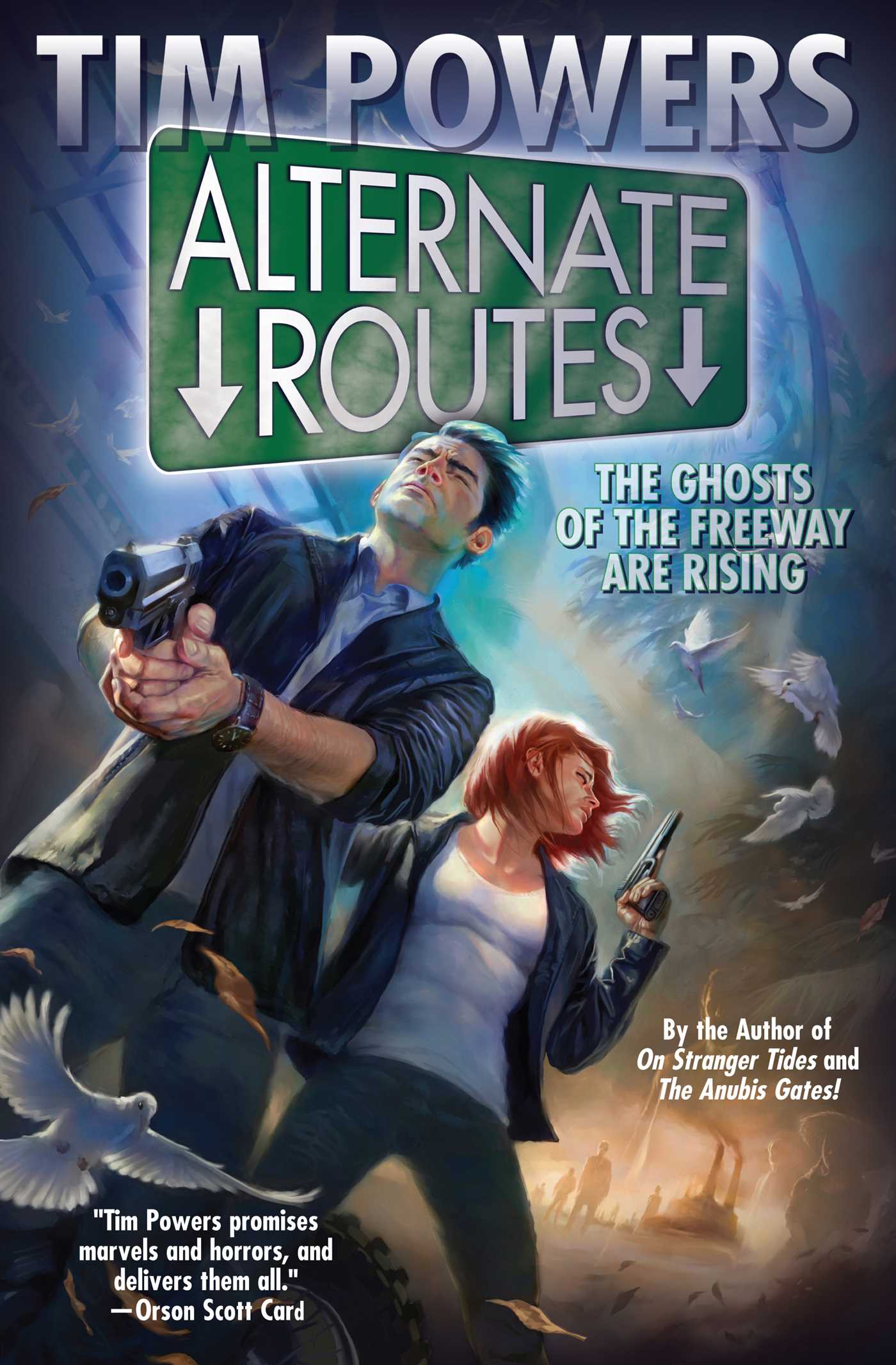 Book #1 of Vickery and Castine
By Tim Powers
Published by Baen
Distributed by Simon & Schuster
LIST PRICE $25.00
PRICE MAY VARY BY RETAILER

NATIONAL BESTSELLER. A New Novel From Award-Winning Master of Fantasy and Science Fiction Tim Powers. A modern ghost story as only Tim Powers can write it.

Something weird is happening to the Los Angeles freeways—phantom cars, lanes from nowhere, and sometimes unmarked offramps that give glimpses of a desolate desert highway—and Sebastian Vickery, disgraced ex-Secret Service agent, is a driver for a covert supernatural-evasion car service. But another government agency is using and perhaps causing the freeway anomalies, and their chief is determined to have Vickery killed because of something he learned years ago at a halted Presidential motorcade.

Reluctantly aided by Ingrid Castine, a member of that agency, and a homeless Mexican boy, and a woman who makes her living costumed as Supergirl on the sidewalk in front of the Chinese Theater, Vickery learns what legendary hell it is that the desert highway leads to—and when Castine deliberately drives into it to save him from capture, he must enter it himself to get her out.

Alternate Routes is a fast-paced supernatural adventure story that sweeps from the sun-blinded streets and labyrinthine freeways of Los Angeles to a horrifying other world out of Greek mythology, and Vickery and Castine must learn to abandon old loyalties and learn loyalty to each other in order to survive as the world goes mad around them.

About Alternate Routes:
“Powers continues his run of smashing expectations and then playing with the pieces in this entertaining urban fantasy. . . . this calculated, frenetic novel ends with hope for redemption born from chaos. Powers’ work is recommended for urban fantasy fans who enjoy more than a dash of the bizarre.”—Publishers Weekly

“Alternate Routes is both a thrilling mash-up of science fiction, fantasy, and horror and a work of startling moral sophistication. The horror packs a wallop, and there’s as much in the way of suspense and tension as the reader can bear. Powers takes us on one hell of a ride.”—The Federalist

"Tim Powers is always at the top of the list when folks ask about my favorite authors. His weaving mythology and legend into modern stories that revolve around secret histories of our most mundane landmarks never ever disappoints. This introduction to his new characters Sebastian Vickery and Ingrid Castine is wonderful."—BoingBoing

About Tim Powers:
"Powers writes in a clean, elegant style that illuminates without slowing down the tale. . . . [He] promises marvels and horrors, and delivers them all."—Orson Scott Card

"Other writers tell tales of magic in the twentieth century, but no one does it like Powers."—The Orlando Sentinel

"Powers creates a mystical, magical otherworld superimposed on our own and takes us on a marvelous, guided tour of his vision."—Science Fiction Chronicle

"The fantasy novels of Tim Powers are nothing if not ambitious . . .  Meticulously researched and intellectually adventurous, his novels rarely fail to be strange and wholly original."—San Francisco Chronicle

Book #1 of Vickery and Castine
By Tim Powers
Published by Baen
Distributed by Simon & Schuster
LIST PRICE $25.00
PRICE MAY VARY BY RETAILER