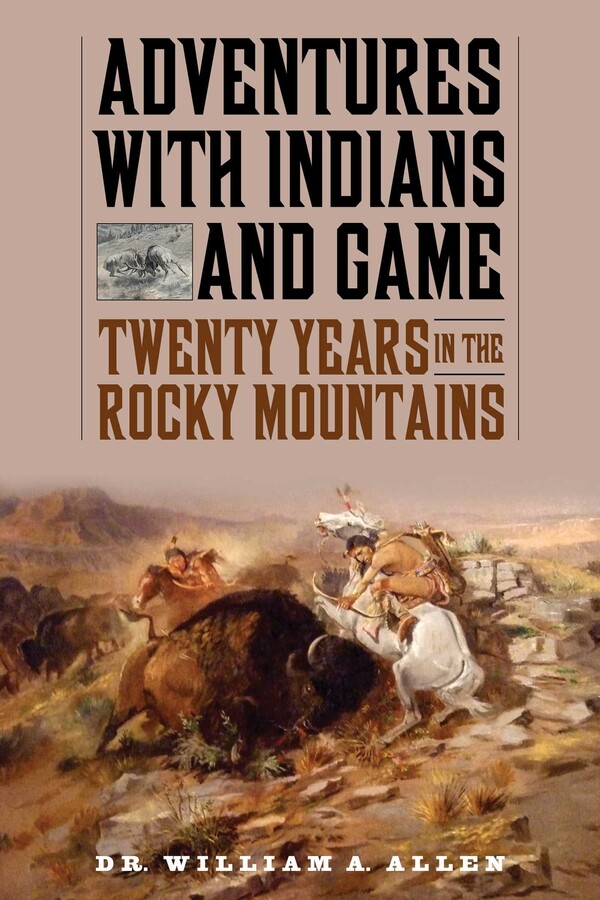 Adventures with Indians and Game

Twenty Years in the Rocky Mountains

By William A Allen
LIST PRICE $14.99
PRICE MAY VARY BY RETAILER

An adventure tale, historical memoir, and hunting journal in a single, enthralling narrative.

At the tender age of seven, little William shot his first chipmunk and was “imbued with the spirit of sportsmanship.” In the following years of his colorful life, Allen wore many hats, living as a tracker, miner, blacksmith, gunsmith, prospector, freighter, and even dentist. Above all, however, was his passion for adventure, the hunt, and his dealings with Native Americans in the waning light of the late nineteenth century in Dakota Territory.

A born observer, Allen describes a world that, by the time he wrote his book in 1903, no longer existed. Allen’s accounts of life in the frontier wilderness—hunting otters and grizzly bears, a secondhand reflection on the tragedy of the Battle of the Little Bighorn, witnessing a battle between a rattlesnake and an eagle, and brutal fights and lifelong friendships with Sioux and Crow Indians—reflect a lost era of romantic heroism, untouched nature, and early Western sentiments, both antiquated and modern, toward Native Americans.

Not only the thrilling memoir of one man’s life, Adventures with Indians and Game is also a compendium of Western game—how to track, hunt, and kill for entertainment—in a time when hunting for pleasure, rather than food, in the West was a foreign concept. As a pioneer in the field of hunting as a sport in the West, Allen provides a significant historical account of the spirit that spearheaded it.

A teetotaler and man of his word, Allen’s narrative voice is strong, straightforward, and immediate, even though he died in 1944. Adventures with Indians and Game is a true-life adventure tale and hunting journal that promises an enthralling and eye-opening read.

Adventures with Indians and Game

Twenty Years in the Rocky Mountains

By William A Allen
LIST PRICE $14.99
PRICE MAY VARY BY RETAILER