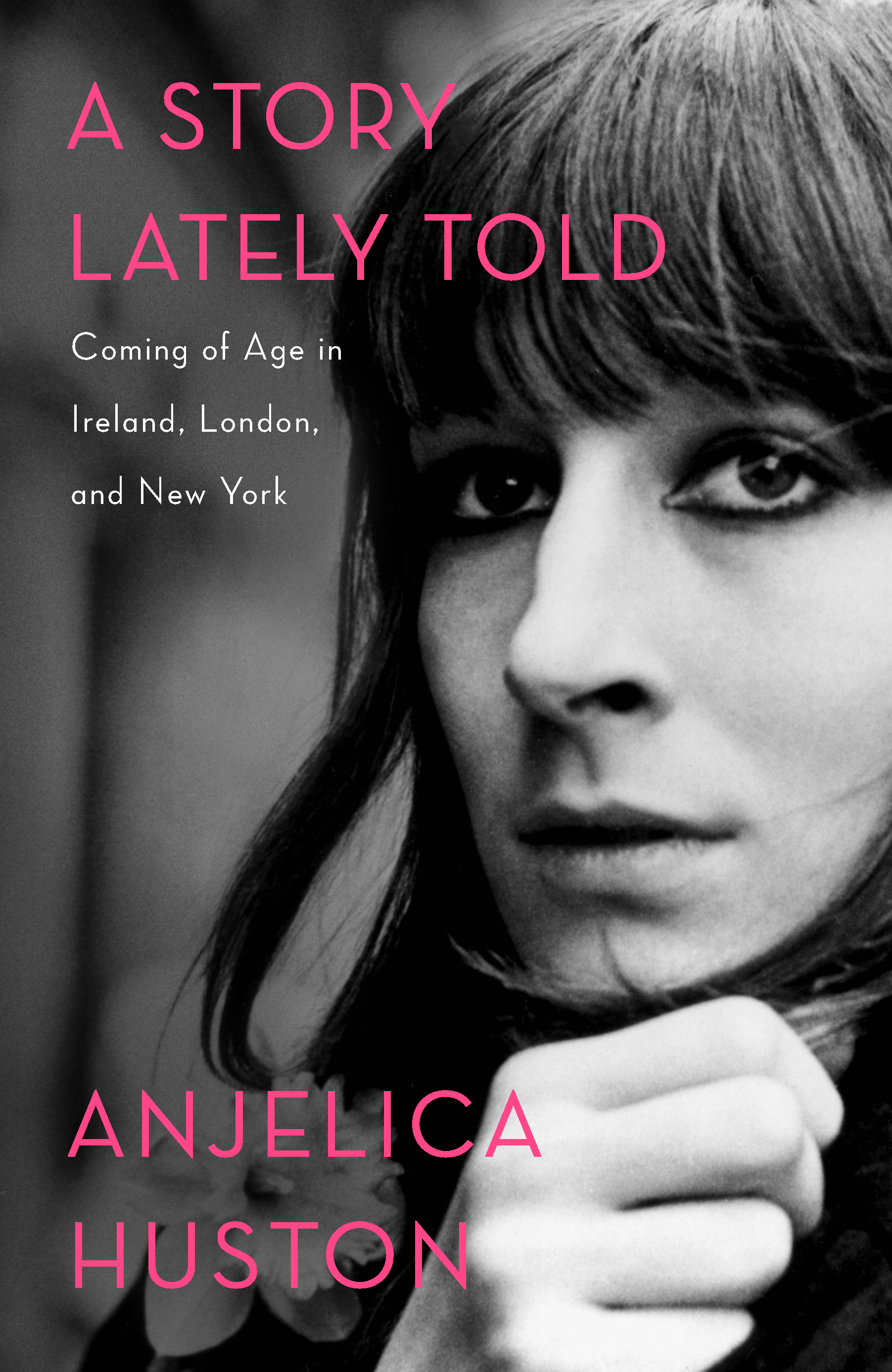 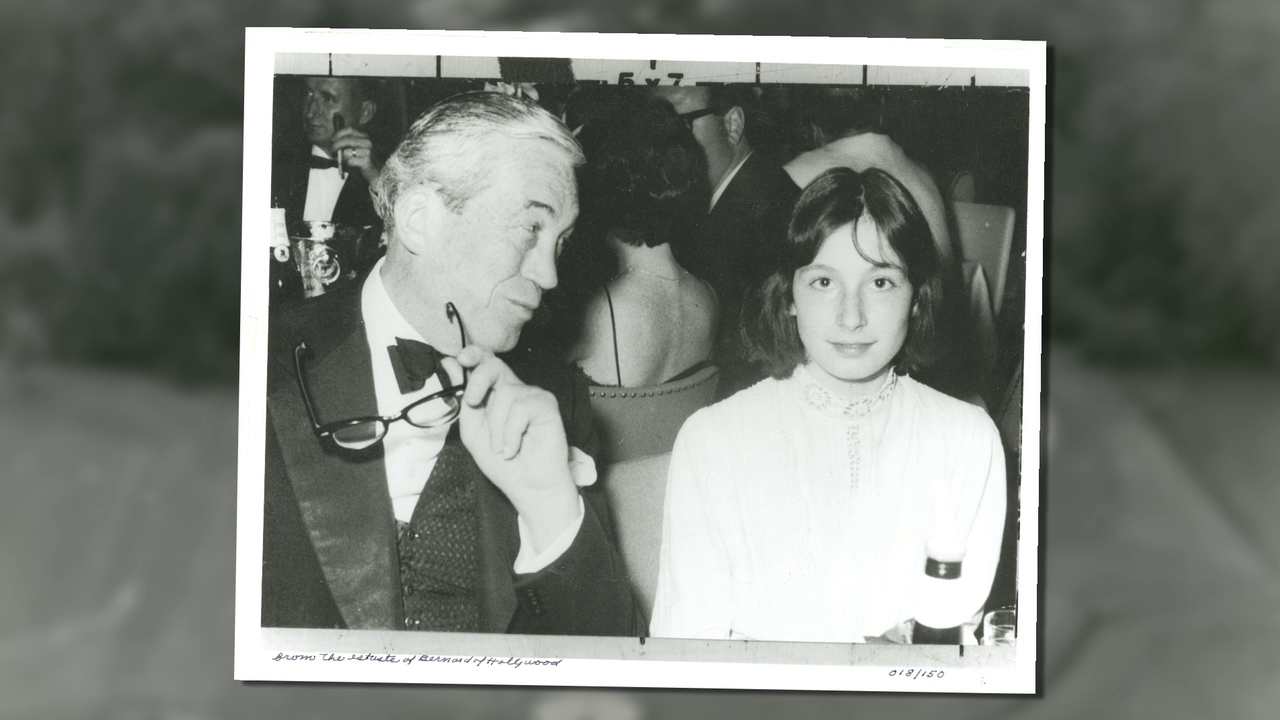 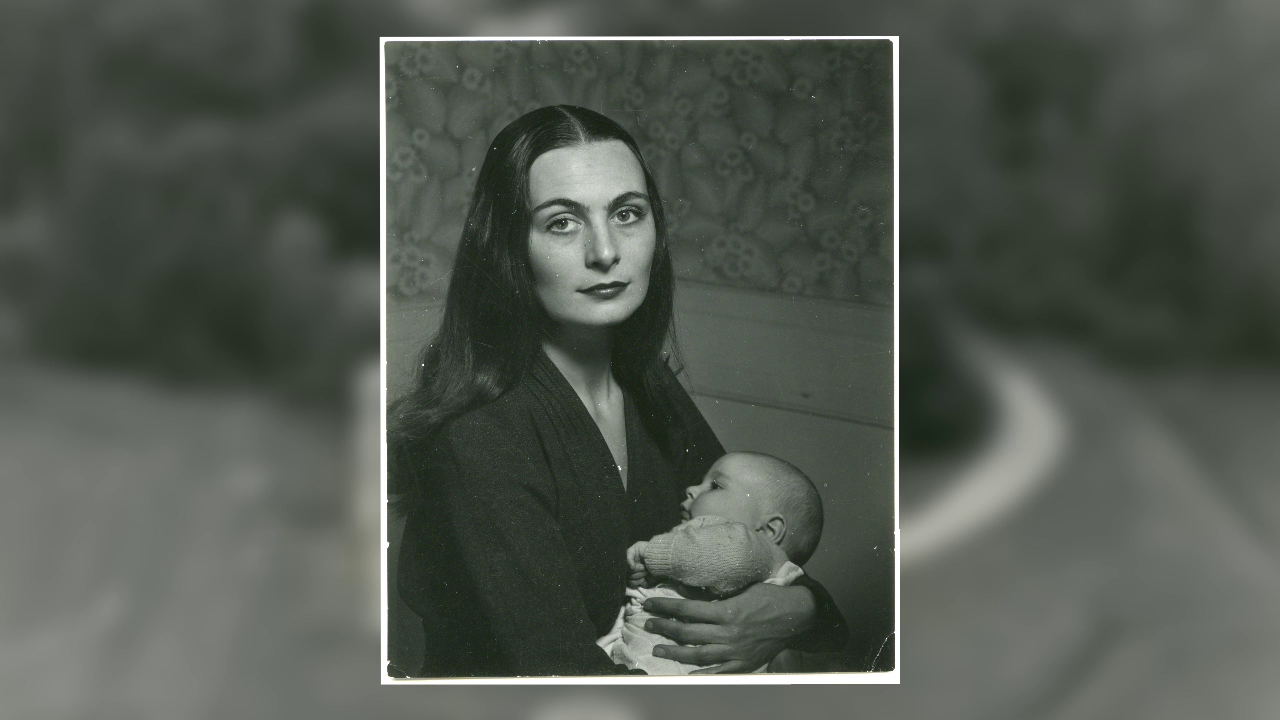 Writing with an exuberant love of language and detail, Anjelica Huston shares her enchanted childhood in Ireland, her teen years in London, and her coming of age as a model and nascent actress in New York.

Writing with an exuberant love of language and detail, Anjelica Huston shares her enchanted childhood in Ireland, her teen years in London, and her coming-of-age as a model and nascent actress in New York.

Living with her glamorous and artistic mother, educated by tutors and nuns, intrepid on a horse, Huston was raised on an Irish estate to which—between movies—her father brought his array of extraordinary friends, from Carson McCullers and John Steinbeck to Peter O’Toole and Marlon Brando. Every morning, Anjelica and her brother visited their father while he took his breakfast in bed. “What news?” he’d ask. “I’d seen him the night before,” Anjelica recalls. “There wasn’t much to report.” So she became a storyteller.

In London, where she lives with her mother and brother in the early sixties when her par­ents separate, Huston encounters the Rolling Stones and Fleetwood Mac. She understudies Marianne Faithfull in Hamlet. Seventeen, striking, precocious, but still young and vulnerable, she is devastated when her mother dies in a car crash.

Months later she moves to New York, falls in love with the much older, brilliant but disturbed photographer Bob Richardson, and becomes a model. Living in the Chelsea Hotel, working with Richard Avedon and other photographers, she navigates a volatile relationship and the dynamic cultural epicenter of New York in the seventies.

A Story Lately Told ends as Huston launches her Hollywood life. The second part of her story—Watch Me—opens in Los Angeles in 1973 and will be published in Fall 2014. Beguiling and beautifully written, Huston’s memoir is a treasure.

Academy Award-winning actress and director Anjelica Huston has received honors from the National Society of Film Critics; the Independent Spirit Awards; and the Golden Globe Awards; as well as multiple Oscar, BAFTA, and Emmy awards or nominations. Huston most recently starred on the hit TV show Smash. She is the author of the memoirs A Story Lately Told and Watch Me.

Academy Award-winning actress and director Anjelica Huston has received honors from the National Society of Film Critics; the Independent Spirit Awards; and the Golden Globe Awards; as well as multiple Oscar, BAFTA, and Emmy awards or nominations. Huston most recently starred on the hit TV show Smash. She is the author of the memoirs A Story Lately Told and Watch Me.

“[An] elegy for a vanished world, [A Story Lately Told] becomes a seductive social history of the 1960s—and the story of [Huston’s] fractious separation from an indomitable father and grief for the loss of the mother who was the ballast of her life.”

“Impressively written in a style that is as graceful and natural as breathing and as observant as that by a ‘born writer.’…[Huston] comes of age surrounded by talent, pot, fame and photographers, and tells her tale with unexpected distinction.”

“Huston’s privileged childhood is described with great texture. The enormous estate in Ireland where her family lived is a rambling, magical place. The names that are dropped in this book don’t constitute name-dropping, but are simply the names that populated her childhood…[Huston] is a smart and subtle enough writer not to aim for a pop diagnosis, but instead, once again, [goes] for something truer, deeper and richer…[A] stirring memoir.”

“Anjelica Huston grew up in what sounds a fairy tale—magically beautiful, yet tinged with loss, sadness, and monsters.”

“A Story Lately Told proves that Huston is a third-generation storyteller. As she chronicles her earliest memories through age 22, she echoes the rhythms and structures of novels like Portrait of the Artist as a Young Man and What Maisie Knew, focusing on surface sensations of youth while implying profound internal changes.”

“Anjelica Huston has lived a big, colorful life—big and colorful enough to fill two volumes of an autobiography…Huston has a way with a descriptive phrase, and it’s on display in A Story Lately Told.”

“[Huston’s] lovely, novelistic writing carries the book….As a storyteller, she’s having more fun than a monkey in a lingerie drawer.”

“An elegant, funny, and frequently haunting reminiscence of the first two decades of her life…A classic.”

“[A Story Lately Told] contains a plethora of compelling tales.”

“[A Story Lately Told] is peopled by names like Carson McCullers, John Steinbeck, Peter O’Toole, Marlon Brando, Monty Clift and the succession of gorgeous, interesting women who made up her father’s peripatetic life. Anjelica can really write. The prologue alone to her memoir is worthy.”

“Intriguing…Huston offers a fascinating account of her charmed childhood (peppered with celebrities coming to dinner) and her rebellious stage.”

“Compelling, thoughtful, starry reading…What’s particularly enjoyable about her story is the rhapsodic way that she beautifully describes that bygone world.”

“A wise, witty, and wonderful autobiography.”

“Lucid, loving, all a memoir should be.”

“A Story Lately Told is written with the magic of the Irish and a touch of the family genius. From her vivid descriptions of growing up in the horse country of County Galway, Ireland, to her glimpses of rough glamour in the Chelsea Hotel, Anjelica's writing shines with her particular mix of intelligence, beauty, wit, and courage. Her book is gorgeous.”

“A Story Lately Told is filled with glitter, glamour and excitement, but it is underpinned by loss, solitude and estrangement, and the need to tell the truth, which makes the book memorable and affecting. Anjelica Huston’s account of growing up in Ireland is fascinating and masterly, as is her version of life in London and New York in the 1960s.”

– Colm Tóibín, author of Brooklyn and The Testament of Mary

“If a storytelling gene exists, Huston inherited one from her father, the Oscar-winning director John Huston, and another from her mother, the ballet dancer Enrica Soma, who nurtured in her children a love of books and a gift for observation.”

“Elegantly written…Told with grace and honesty. You would expect no less from this fascinating, unusual woman.”

“Told in lush prose, [A Story Lately Told] is at once an eyewitness account of the social history of London and New York in the '60s and '70s, a wistful remembrance of childhood in an idyllic Irish country manor, and an exploration of what it meant to be reared at the crossroads of celebrity and culture as the daughter of director John Huston (“The African Queen,” “The Maltese Falcon”) and his fourth wife, Italian-American ballerina Enrica Soma.”