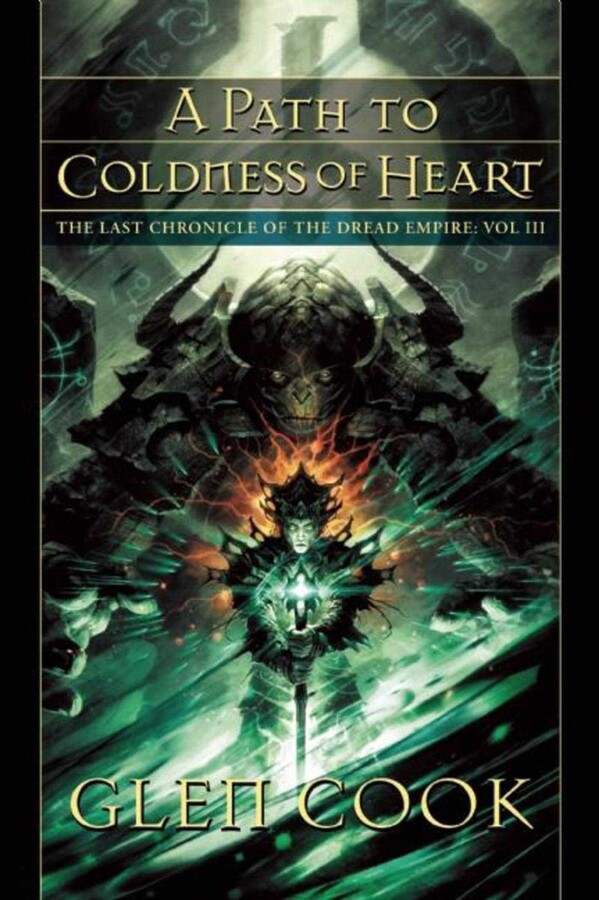 At long last, the conclusion to Glen Cook's Dread Empire saga has arrived! King Bragi Ragnarson is a prisoner, shamed, nameless, and held captive by Lord Shih-kaa and the Empress Mist at the heart of the Dread Empire. Far away in Kavelin, Bragia's queen and what remains of his army seek to find and free their king, hampered by the loss or desertion of their best and brightest warriors. Kavelina's spymaster, Michael Trebilcock, is missing in action, as is loyal soldier Aral Dantice. Meanwhile, Dane, Duke of Greyfells, seeks to seize the rule of Kavelin and place the kingdom in his pocket, beginning a new line of succession through Bragia's queen, Dane's cousin Inger. And in the highest peaks of the Dragona's Teeth, in the ancient castle Fangdred, the sorcerer called Varthlokkur uses his arts to spy on the world at large, observing the puppet strings that control kings and empires alike, waiting... For the time of the wrath of kings is almost at hand, and vengeance lies along a path to coldness of heart.