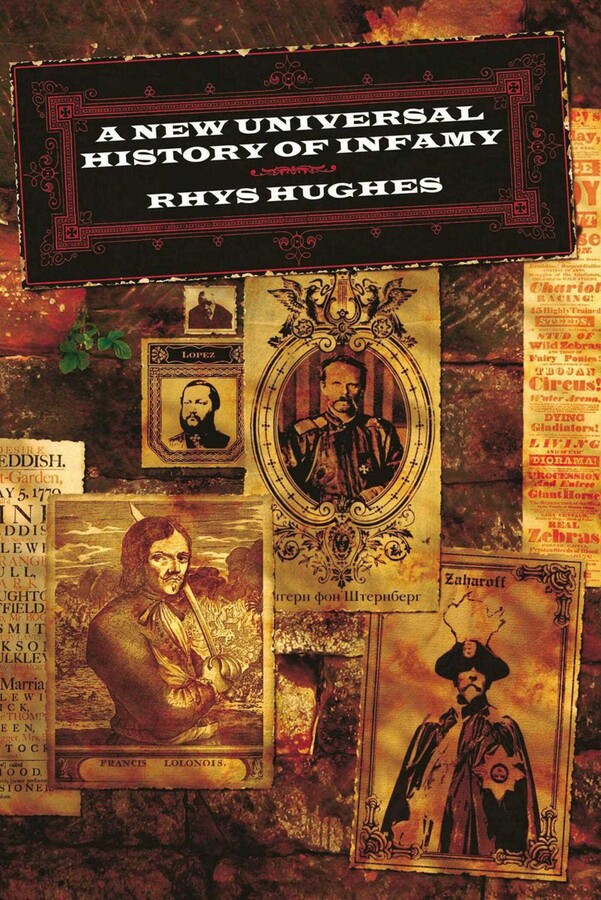 A New Universal History of Infamy

By Rhys Hughes
LIST PRICE $25.00
PRICE MAY VARY BY RETAILER

From 1933 to 1934, Jorge Luis Borges, the master of fiction whose work would change the literary world, published a series of "falsifications and distortions" in the Buenos Aires newspaper Critica. These "falsifications" used as their starting point the lives of real villains and desperados. Borges then elaborated using all of the anecdotes and myths about these historical characters, creating what amounted to "nonfictional fictions." The entire series was then published in book form as A Universal History of Infamy. Now Rhys Hughes, a Welshman of some infamy himself, has summoned his vast storytelling powers to create A New Universal History of Infamy, with all-new historical characters as the focus of his nonfiction fictions. Come along on a wild ride with unsavory types of every description. Entertaining and erudite at the same time, Hughes' book also includes some of the literary parodies Borges himself delighted in creating. With an introduction by noted critic John Clute and an afterword by Michael Simanoff.

A New Universal History of Infamy

By Rhys Hughes
LIST PRICE $25.00
PRICE MAY VARY BY RETAILER