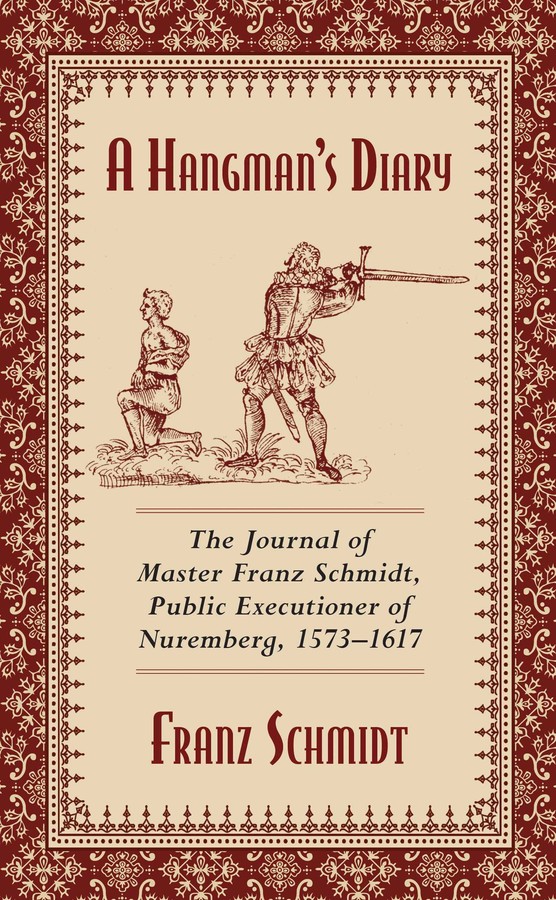 The Journal of Master Franz Schmidt, Public Executioner of Nuremberg, 1573?1617

From 1573 to 1617, Master Franz Schmidt was the executioner for the towns of Bamberg and Nuremberg. During that span, he personally executed more than 350 people while keeping a journal throughout his career.

A Hangman’s Diary is not only a collection of detailed writings by Schmidt about his work, but also an account of criminal procedure in Germany during the Middle Ages. With analysis and explanation, editor Albrecht Keller and translators C. Calvert and A. W. Gruner have put together a masterful tome that sets the scene of execution day and puts you in Master Franz Schmidt’s shoes as he does his duty for his country.

Originally published more than eighty years ago, A Hangman’s Diary gives a year-by-year breakdown on all of Master Schmidt’s executions, which include hangings, beheadings, and other methods of murder, as well as explanations of each crime and the reason for the punishment. An incredible classic, A Hangman’s Diary is more than a history lesson; it shows the true anarchy that inhabited our world only a few hundred years ago.

The Journal of Master Franz Schmidt, Public Executioner of Nuremberg, 1573?1617