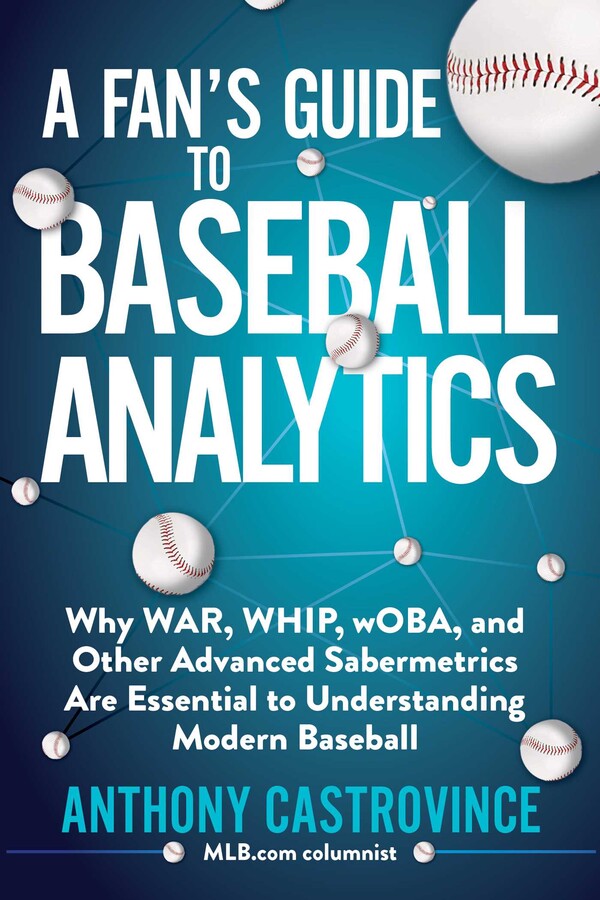 A Fan's Guide to Baseball Analytics

Why WAR, WHIP, wOBA, and Other Advanced Sabermetrics Are Essential to Understanding Modern Baseball

Broken up into sections (pitching, fielding, hitting), this authoritative yet fun and easy guide will help readers young and old fully understand and comprehend the statistics that are the present and future of our national pastime.

We all know what a .300 hitter looks like. The same with a 20-game winner. Those numbers are ingrained in our brains. But do they mean as much as we think? Do we feel the same way when we hear a batter has a .390 wOBA? How about a pitcher with a 1.2 WHIP? These statistics are the future of modern baseball, and no fan should be in the dark about how these metrics apply to the game.

In the last twenty years, an avalanche of analytics has taken over the way the game is played, managed, and assessed, but the statistics that drive the sport (metrics like wRC+, FIP, and WAR, just to name a few) read like alphabet soup to a large number of fans who still think batting average, RBIs, and wins are the best barometers for baseball players.

In A Fan’s Guide to Baseball Analytics, MLB.com reporter and columnist Anthony Castrovince has taken on the role as explainer to help such fans understand why the old stats don’t always add up. Readers will also learn where these modern stats came from, what they convey, and how to use them to evaluate players of the present, past, and future.

For instance, what if we told you that when Joe DiMaggio had his famous 56-game hitting streak in 1941, helping him win the AL MVP, that there was, perhaps, someone more deserving? In fact, the great Ted Williams actually had a higher fWAR, bWAR, wRC+, OPS, OPS+, ISO, RC . . . well, you get the picture. So, streak or no streak, Williams should have been league MVP.

An introductory course on sabermetrics, A Fan’s Guide to Baseball Analytics is an easily digestible resource that readers can keep turning back to when they see a modern metric referenced in today’s baseball coverage.

A Fan's Guide to Baseball Analytics

Why WAR, WHIP, wOBA, and Other Advanced Sabermetrics Are Essential to Understanding Modern Baseball