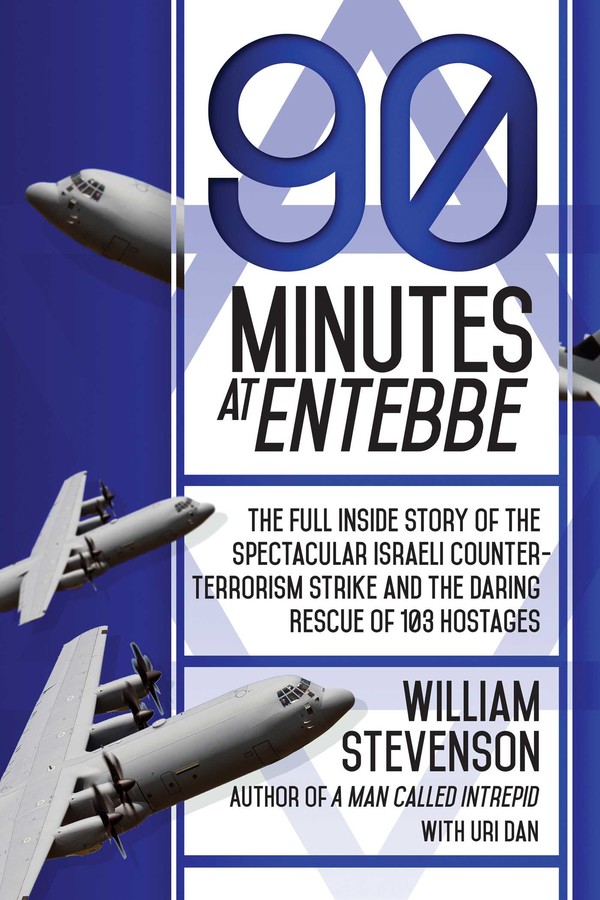 By William Stevenson
With Uri Dan
LIST PRICE $10.99
PRICE MAY VARY BY RETAILER

The incredible story of an Israeli mission that rescued 103 hostages from a hijacked jetliner.

On June 27, 1976, Air France Flight 139 was hijacked by terrorists and flown to Entebbe Airport in Uganda. In the following agonizing days, Israeli passengers were singled out and held hostage. A week later on July 4, one hundred Israeli commandos raced 2,500 miles from Israel to Entebbe, landed in the middle of the night, and in a heart-stopping mission that lasted ninety minutes, killed all guerillas and freed 103 hostages.

In captivating detail, Stevenson provides a fast-paced hour-by-hour narration from the hijacking to the final ninety-minute mission. In addition to discussing the incredible rescue itself, Stevenson also covers the political backdrop behind the hijacking, especially Ugandan President Idi Amin’s support for the hijackers, which marked one of the first times a leader of a nation had backed terrorist activities. An illustration of one nation’s undying spirit, heroism, and commitment to its people in the face of threat, Operation Thunderbolt has become a legendary antiterrorist tale.

Although first written in 1976 (and published within weeks of the event), Stevenson’s account presents this act of terrorism in a way that is still relevant in our modern-day political climate. A factual account of what could easily be read as sensational fiction, 90 Minutes at Entebbe will inspire, encourage, and instill hope in all readers.

William Stevenson was a journalist and author of the bestselling books A Man Called Intrepid and 90 Minutes at Entebbe, He also worked as a movie scriptwriter, a television news commentator, and producer of award-winning documentaries. He died in 2013.

By William Stevenson
With Uri Dan
LIST PRICE $10.99
PRICE MAY VARY BY RETAILER