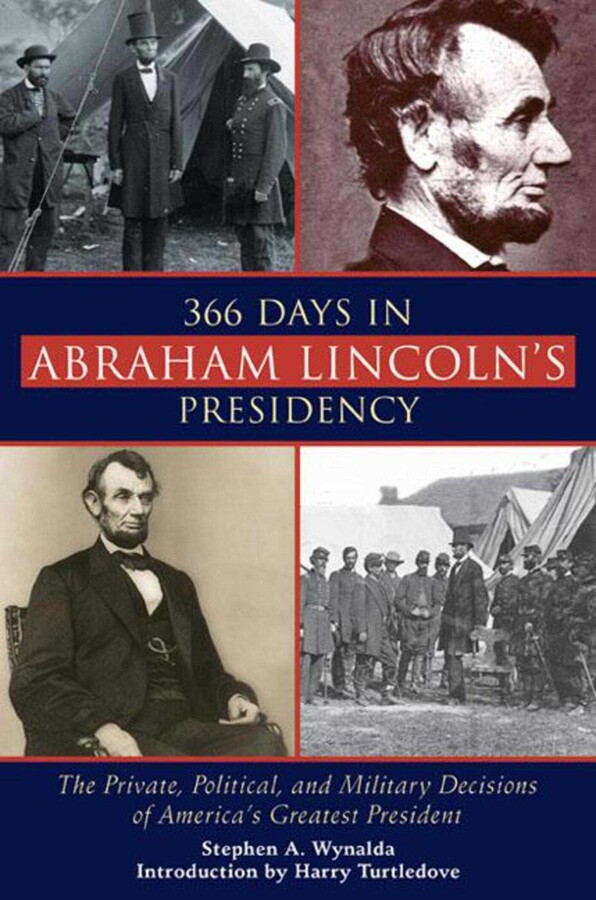 The Private, Political, and Military Decisions of America's Greatest President

By Stephen A. Wynalda
Introduction by Harry Turtledove
LIST PRICE $19.95
PRICE MAY VARY BY RETAILER

In a startlingly innovative format, journalist Stephen A. Wynalda has constructed a painstakingly detailed day-by-day breakdown of president Abraham Lincoln’s decisions in officeincluding his signing of the Homestead Act on May 20, 1862; his signing of the legislation enacting the first federal income tax on August 5, 1861; and more personal incidents like the day his eleven-year-old son, Willie, died. Revealed are Lincoln’s private frustrations on September 28, 1862, as he wrote to vice president Hannibal Hamlin, The North responds to the [Emancipation] proclamation sufficiently with breath; but breath alone kills no rebels.”

366 Days in Abraham Lincoln’s Presidency includes fascinating facts like how Lincoln hated to hunt but loved to fire guns near the unfinished Washington monument, how he was the only president to own a patent, and how he recited Scottish poetry to relieve stress. As Scottish historian Hugh Blair said, It is from private life, from familiar, domestic, and seemingly trivial occurrences, that we most often receive light into the real character.”

Covering 366 nonconsecutive days (including a leap day) of Lincoln’s presidency, this is a rich, exciting new perspective of our most famous president. This is a must-have edition for any historian, military history or civil war buff, or reader of biographies.

The Private, Political, and Military Decisions of America's Greatest President

By Stephen A. Wynalda
Introduction by Harry Turtledove
LIST PRICE $19.95
PRICE MAY VARY BY RETAILER