MASHA TUPITSYN is a writer, critic, and multi-media artist. She is the author of several books and films, such as Love Dog, LACONIA: 1,200 Tweets on Film, Beauty Talk & Monsters, Picture Cycle, and co-editor of the anthology Life As We Show It: Writing on Film. In 2015, she made the 24-hour film, Love Sounds, an audio-essay and history of love in English-speaking cinema, which concluded an immaterial trilogy that has been exhibited and screened in the United States, Canada, Europe, and Australia. Her new film, BULK COLLECTION (https://vimeo.com/493493423), is forthcoming in 2021. Her writing on film, culture, feminism, and art has appeared in numerous anthologies and journals such as Bookforum, Artforum, The Los Angeles Review of Books, The Believer, BOMB, LitHub, Fence, Frieze, The New Inquiry, The White Review, and The Rumpus. She has taught film and gender studies at various universities.

Get updates about Masha Tupitsyn and recommended reads from Simon & Schuster.
Plus, get a FREE eBOOK when you sign up! 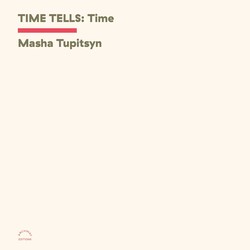