In 2000, Gina Garan authored This Is Blythe, the seminal book of and about the legendary fashion doll Blythe. Since then it has sold over 50,000 copies, spawning a worldwide renaissance for the doll and introducing Garan to the world. Garan has since published numerous other books of her work, including Blythe Style (Chronicle, 2005), Blythe Moment (2006) and Blythe Rhapsody (2007). Her photos have been displayed in solo shows in Tokyo, London, Melbourne, Seoul, Los Angeles, New York, and Santa Fe, and in numerous group shows. Ms. Garan has also collaborated on the design and production of several new dolls, including ginagirls, sold mainly in Japan, and Bendel's Girls, available exclusively at New York department store Henri Bendel. Ms. Garan lives in New York City. A singer, songwriter, Tony-nominated performer, and painter, Justin Vivian Bond is widely known for known for his witty, arch sense of humor with thousands of avid twitter followers. Bond has been writing, starring in and producing theatrical, cabaret, and art events internationally for 20 years. Bond's first book, Tango: My Childhood Backwards and in High Heels will be published by The Feminist Press in September of 2011.

Get updates about Gina Garan and recommended reads from Simon & Schuster.
Plus, get a FREE ebook when you sign up! 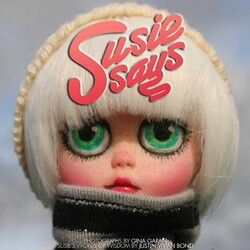